I was working on a dumb little thing that I thought I’d share.

Holly and I have opposite taste in board games, but one game we both like is Scrabble. We got a set when we got married and kept all of our scores on a paper in the box. At some point, I thought it would be cool to aggregate the data we had collected over the years to see what interesting facts were buried in there.

I dumped it all into a spreadsheet and put together a bunch of formulas to surface the most interesting information.  For example, I currently hold the title for “Most Games Won” by a margin of two games, but she is still in the lead when you total our all time points. That means that while I may have won a couple more games, my win margin was small. The games she won tended to be blow-outs (I mean, who plays the word “requiem” on a triple word square? Seriously?). 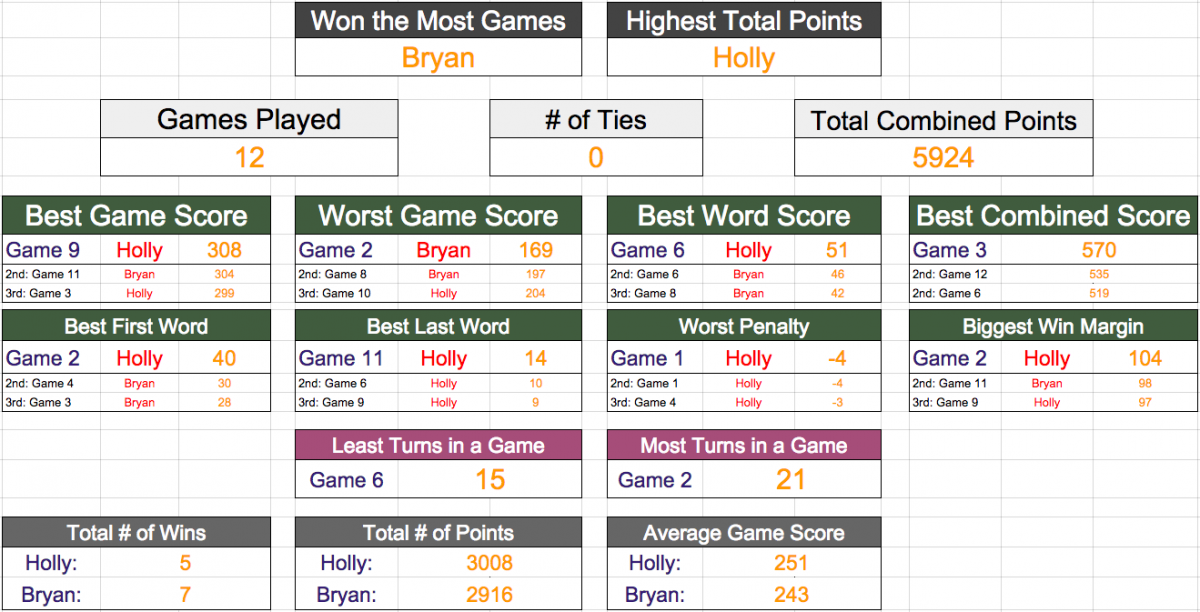 Here’s the spreadsheet if you want to have a look. It’s nice because the first tab serves as a scorecard you can use while playing. If you want something like this for your own Scrabble Games, just let me know and I’ll send you a copy.

Again, there’s nothing really impressive here. If I really wanted, I could put together a mobile app for this and get a bunch of downloads, but I’ll leave that for the next person. It’s just my dumb little thing, and we all have dumb little things, so we might as well just share them with each other.