I am a recent graduate and I just accepted an offer for my dream job. I’m sharing this story because the process I went through to get to this point was incredible and definitely not typical!

It started earlier this year. In the course of my hobbies, studies, and personal research, I found myself engrossed in web development work and loving every minute of it! Through this work, I learned a lot about the industry and I was particularly interested in the open source web CMS called Drupal. In short, as I developed a competency with Drupal, I started to look around for opportunities to learn more. In this process, I became very interested in a certain company, Acquia, which led the industry technically and attracted some the smartest people in the Drupal ecosystem.

Now I don’t know much, but I realized that if I wanted to ever be that smart, I needed to get in the same room as those people.

The company had a certain immersive training program for recent graduates called “Acquia U.” I wanted in but I knew I needed to stand out somehow. And I had an idea.

This is the Drupal logo.

Using this logo as an model, I proceeded to shave my head… 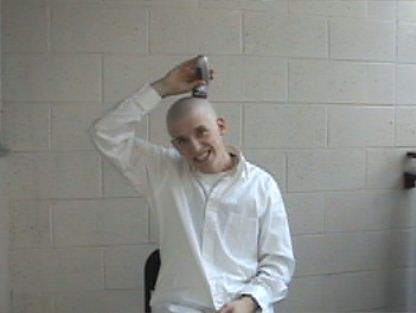 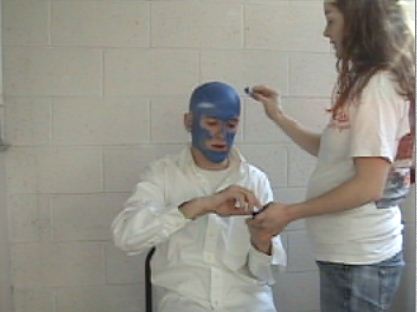 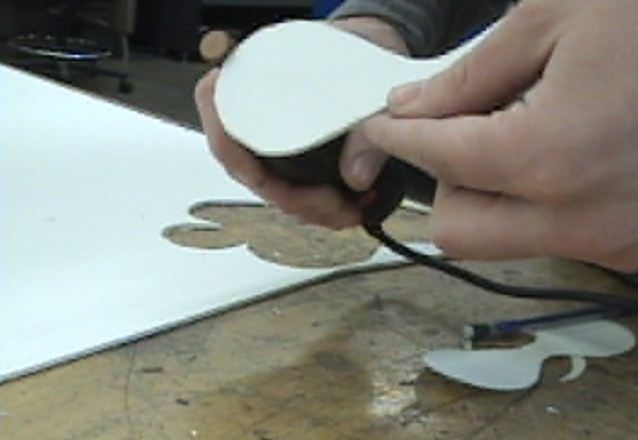 …and do a photoshoot. 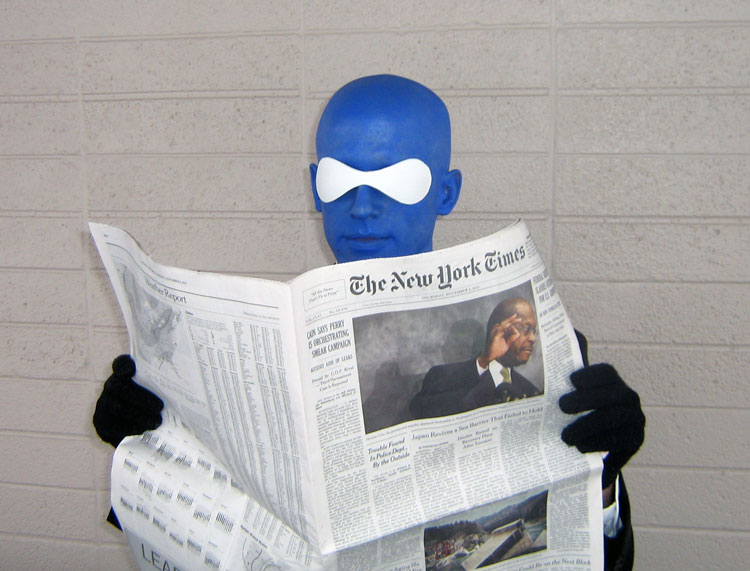 On the day I painted my head blue, we ran out of daylight for a photo shoot. Throughout the night it began to pour rain and I was certain our photo shoot was ruined. However, as morning came the rain turned into heavy snowfall which provided a pretty winter backdrop for our outdoor photos. 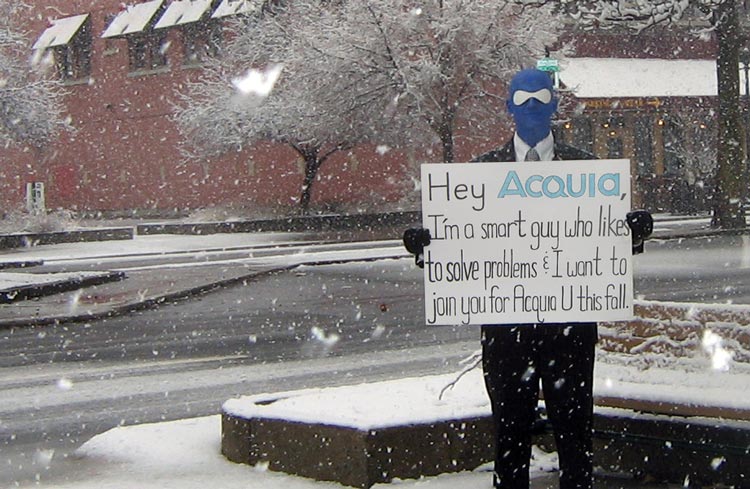 So what was the point of all this? I had put in the standard application for the position but I wanted to do a little more to get their attention. I decided to make a Facebook ad. You see, I knew that Facebook allows you to target which people will see the ad. I set up my ad to only display to Acquia employees. This is what the ad looked like:

If that wasn’t enough, clicking the ad took them to a landing page I built showing all the reasons they should hire me. It also directs people to parts of this site that teaches them more about who I am. 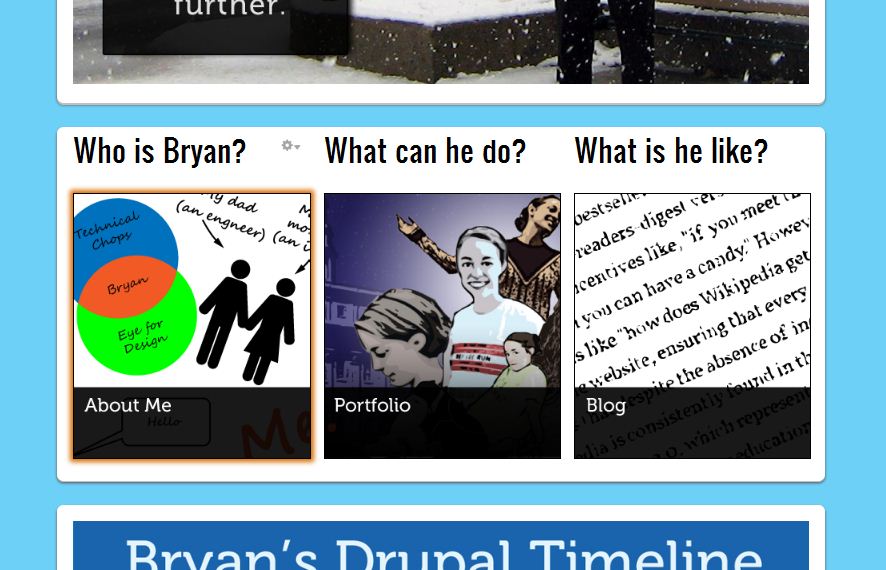 It worked like a charm. On the day the ad went up, the company’s VP of product marketing happened to be on Facebook and noticed my ad. Talk about good luck! He passed the message on and before I knew it, Dries Buytaert, the inventor of Drupal (and CTO of Acquia) sent me a message on Twitter (below). To say I was excited would be a gross understatement!

That’s when things started happening. I got a rush of emails coming in from different Acquia employees who had positive things to say after seeing my ad on Facebook. A few of those emails came from Human Resources. Next thing I knew, I was setting up phone interviews.

Everything seemed to be going well until some timing issues caused the position I was vying for to be canceled indefinitely. All of a sudden, the momentum I had built up came to a screeching halt. Without any comparable openings, it seemed that I would be sent to that file of applicants to be considered for future positions. For any of you who have applied to jobs and just missed getting selected, you know that this file is not a good place to be in. Few people ever emerge.

I kept hope. I decided to keep running my Facebook ad to remind people that I’m still around. I graduated. Weeks without hearing anything turned into months. I checked in from time to time but nothing ever came from it. Eventually I stopped displaying the ad.

Then one day, out of the blue, I was asked if I would be interested in a position opening up in Washington DC. I was unaware that there was an office in DC. I decided to check it out. After a few phone interviews, I was flown out for a visit (two days before our baby’s due date… fortunately, I returned without incident)!

I learned that the position would get me involved with really talented people working on some challenging problems for prestigious projects. It was absolutely perfect! It wasn’t much longer before I was made an offer for the job. I am both humbled and grateful for the opportunity to work with these amazing people.

This whole process has been the experience of a lifetime and I couldn’t think of a better way to transition out of school and into meaningful work. I know that the greatest challenges lie ahead but I feel ready to take them on with enthusiasm.

Looking back, if I were to distill some lessons out of this process, this is what they would be: