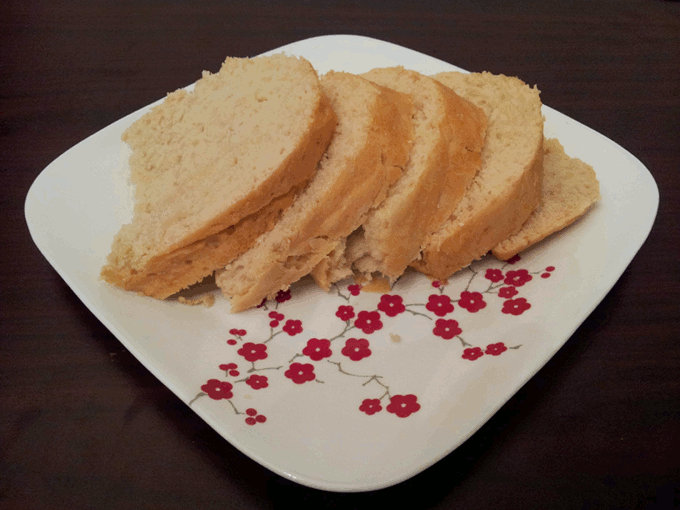 Jeqe (uJeqe) is a traditional South African dish, which can be best described as “steamed bread.” I got this recipe by carefully observing as a woman prepared the dish while I was visiting a Zulu family in Umlazi township. Few Zulu women follow written recipes, so these measurements are the best approximations I could make. Don’t worry though… they are spot on. I’ve made this many times for potlucks and parties. It’s always a winner.

The time to prepare is usually around 3 hours for me (including rise time and cooking) but it’s totally worth it.

Lets start with the ingredients. Add the following to a large mixing bowl: 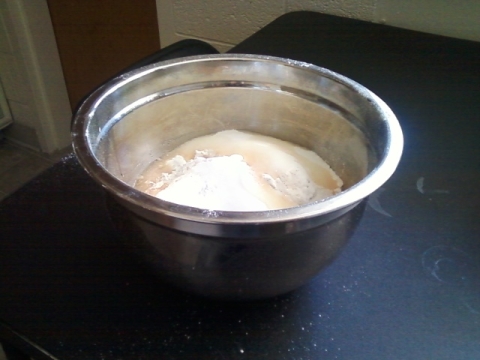 Kneed it very well, until you have a soft (kind of sticky) mass of dough. Let it rise (for up to an hour), pound it down, and let it rise again.

To cook it, we’ll be making a low-tech double boiler. Find a strong, clean, plastic bag without holes in it, like a grocery bag. Put a spoonful of cooking oil in the bag and spread it around (so the dough doesn’t stick to the inside of the bag). 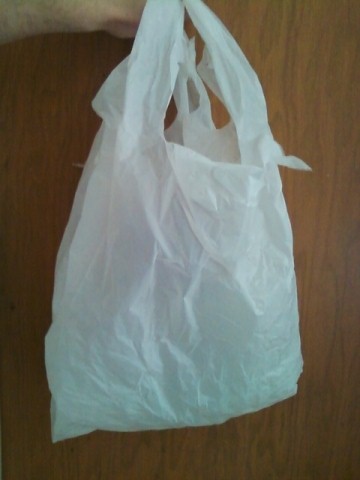 Then carefully put the risen dough into the bag. Put the bag into a large stovetop pot (ours is 8 qt.) with water in it. If well risen, the bag of dough should float. You can loosely tie or fold over the open top of the bag, but don’t seal it. You want the steam to be able to enter into the bag and cook the dough. 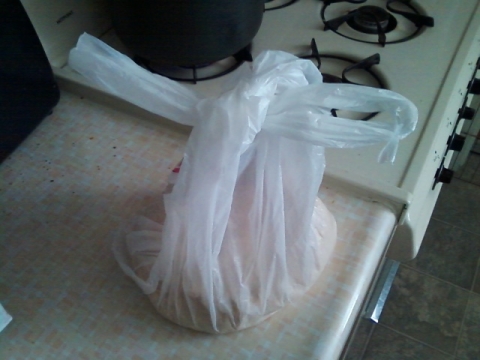 Finally, bring the water to a boil and put the lid on the pot. Let the steam cook the bread for at least an hour before removing. 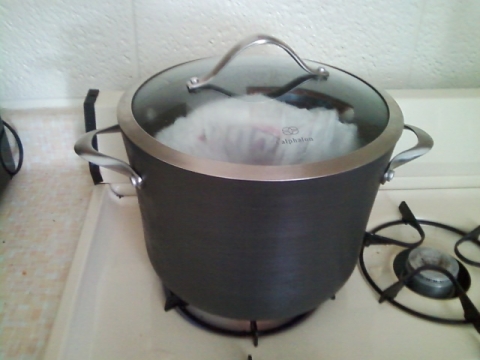 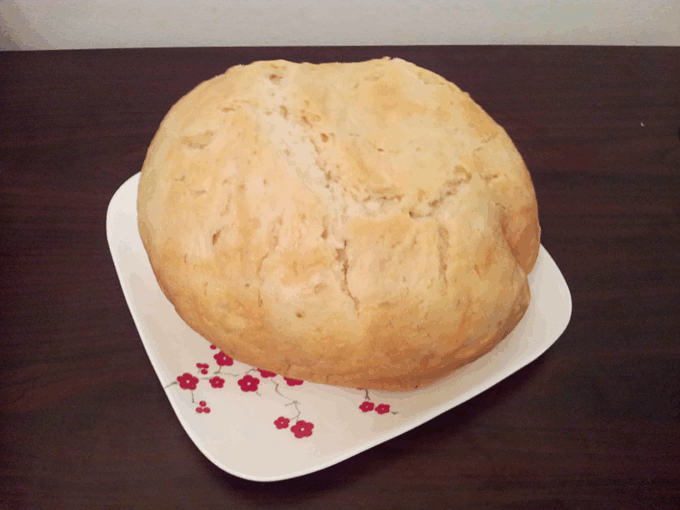 The traditional way to eat it is to make up some beef or chicken curry and put it on the jeqe. Otherwise, eat it like you would bread. I think it tastes great plain.

If this recipe works out for you, let me know by leaving your feedback in the comments. Hambani Kahle!

By the way, the plastic bag won’t melt. It’s high-density-polyethelyne and doesn’t melt below 250 Fahrenheit (120 C). The hottest your water will ever get is 212 F and that’s if you’re at sea level. At higher elevations than your water boils at lower temperatures so you’re even more safe. If it makes you feel better, you can also cook the dough in any bowl (usually hard plastic) floating in the boiling water. Both methods are used in Zulu homes.